On.le Caroline Jackson
President of the Commission
for the Protection of Health and Environment
Public Defence of Consumers
European Parliament
Rue Wirtz
B 1047 Bruxelles. Belgium.

In Tuscany and in Italy, hundreds of domestic cats, dogs and wild animals are poisoned every month in a slaughter that becomes worse every year. This shameless massacre of life is perpetrated by hunters who illegally “mine” the Italian countryside with meatballs laced with poison. In this barbaric manner, the hunters claim to protect the game birds that they raise specifically for killing. These “game” birds are poor wretched creatures, let free in the woods and fields, only to satisfy the savage, bloody nature of the human beast.

However, the victims of this atrocious activity are not just the so-called “wild” animals that have been raised to be killed. No, at any moment, in this “cradle of civilization”, you may find your cats and your dogs (your household pets!!) poisoned by these unknown assailants. An army of 650.000 stray animals roam the Italian countryside and towns. Starving and neglected, these creatures have no choice, but to fall prey to the poisoned morsels. Cruelly abandoned on the road, they die after eating the poisoned bait, suffering a horrid and slow death.

Every spring, hunters poison the land illegally and strew the countryside with meatballs and dead chicken laced with strychnine, rat-exterminating cocktails, snail- extermination cocktails, car anti-freeze and pieces of glass..

As you can see, the hunters maximize the full extent of human ingenuity in order to “out-smart” their prey. Fields are sown with great quantities of poison baits to insure there are no straggling survivors. Hundreds of cats and dogs and countless wild animals have been poisoned this way in my area alone, and the slaughter becomes worse every year.

I understand the main reason of this endless massacre was that hunters were trying to protect domestically raised game birds from predators like foxes, stray dogs and cats. But now, having exterminated everything that lives in the countryside, they must produce domestically raised game to indulge in their endless thirst for slaughter. The result, however, is a plethora of pathetic creatures abandoned in the countryside, waiting for their death without a fighting chance of survival. Raised by humans only to die, these creatures have no natural instincts on how to react to animal or human predators. The poisoning is the logical conclusion for the hunters to preserve this artificial game from the few predators left in the woods. To protect their future victims these sadistic nazi-hunters are ready to poison everything that could pose a threat to their wretched game. Therefore, in their minds, the mass extermination of foxes, badgers, weasels, rooks, stone martens, wolves and, unfortunately, household pets: dogs and cats.

Ironically, the infinite slaughter goes on to satisfy the perverse instinct of a decreasing minority. Hunters in Italy now number 880.000. In 1994, they numbered 1.300.000. Even still, it is inconceivable how a country with 1.500.000 vegetarians could allow itself to endure the dominating arrogance of a destructive minority that is slowly edging towards its own extinction. The hunters are a detested and feared cabal, but their ranks are thinning rapidly.

Tuscany, considered one of the most “civilized” areas in Italy, is the top region for poisoners. Unfortunately, a conspiracy of silence does not allow us to know the exact extent of the poisoning. However, we do know:

In and around the area of Mugello, in February 1999, twelve veterinary offices denounced 200 cases of domestic animals poisoned.
In Valdarno, 400 animals died in one year.
In Val di Siese, 200 cats and dogs died by poison from February to April 1999.
In the Maremma, over 500 cats and dogs died in one year.
In the Parco Nazionale Forestale Casantinese, five wolves died in two months time in 1999.
In Pieve Santo Stefano, a she wolf was poisoned and died.
And, extraordinarily, between the 1st of January and the end of April 1999, 35 dogs, 100 cats, 25 boars, 10 wolves died by poison in the province of Arezzo.
Protests to local, provincial and national authorities have obtained little response. The reason is that the hunters have a strong political lobby that can move infinitely better than the animal right groups. It is a well-entrenched lobby that is capable of anything, including political blackmail (something the fragmented Green world is incapable of using). 130.000 hunters and their families in Tuscany bring votes to the local potentates; while the opposition to this barbaric lobby is divided and weak.

Those who oppose this cruel lobby take high risk. I personally have received death threats. The animal rights groups have drawn a map of the worst areas of poisoning and the Carabinieri and the Police have tried to intervene, but, alas, they can do very little. The local politicians are too afraid to alienate the votes of the hunters. Trying to protect the lobby, they explain that “it is only a small group of hunters are responsible for the atrocities”. But even still, the evidence proves that the hunters, as a whole, are the major culprits. The poisoning increases enormously from February to May, when the hunting season finishes and the wretched artificial game is abandoned in the fields. To be fair, I must add that truffle hunters are also responsible for the poisoning. They try to protect their fields – by killing the dogs of other searchers!! Truffles bring gold, and, thereby, justify the extermination of other people’s pets. But, without a doubt, the majority of the poisoning is still perpetrated by hunters. Several poisoners operate in the towns, moved simply by their lust for destruction and their hate for animals. Often peasants use bait to defend their chickens and rabbits from predators. But ironically, I have found dead animals in this “civilized” region in a state of advanced putrefaction because predators have simply disappeared, submerged below the 25.000 tons of lead the hunters hurl upon them every year.

While the writer Muriel Sparks can publicly denounce the death of seven animals in her articles, numberless Tuscan people stand by and silently watch in horror as their animals are poisoned and killed. Why? Because the hunters intimidate the public. It is well known that during the voting of the referendums against hunting, the hunters organized menacing pickets to stand right in front of the polling stations. If Italy were a banana republic, or East Timor, or a far away African country trying to achieve some level of democracy, would this outrage be any less appalling? How then is it possible that referendums against hunting (1990 and 1997) obtained 92% and 60% of the popular consensus, but did not pass because they did not reach the “quorum” (43,3%, 30,1%)?! How is it possible that the number of animals living with Italian families is 56.350.000, compared to 57.600.000 inhabitants of Italy, and yet nothing is done or said to speak out against this carnage?!.

The solution to the problem is simple. In fact, if there existed a political will to confront this arrogant lobby, it would be sufficient to simply suspend hunting in the area where poisoned morsels are found. If the local authorities could find the ethical courage to act against this barbaric practice with a two year suspension of hunting in the “mined” areas and a five year suspension of injection of domestically raised game in the fields where morsels have been found, the poisoning would radically decline.

These simple actions would enormously reduce the widespread killing. In fact, the authorities could act according to Law Proposal Number 518, already presented by the Green Party of Tuscany.

Another action that a civilized nation could adopt is to create a detailed map of the poisoned areas through information received by the authorities from citizens that discover the poisoned morsels.

But the political will is lacking, for the reasons already explained: the lobby will not allow change and will employ open political blackmail to maintain its position of power and control.

In closing, I would like to say that the goal of this struggle is to inform the world that the idyllic Tuscan dream of the cinema is somewhat different than the danger of Tuscan reality. On one side, you have Bertolucci’s or Benigni’s artistic vision; on the other, a group of armed men who can “legally” shoot rifles and guns only 100 meters away from your house. 100 meters! Never mind the kids playing in the garden or your family eating in the dining room! Never mind the emotional bonds that develop between you and your animals. Never mind the scars that remain from finding a member of your family – a pet – poisoned and dead in a field. These things are unimportant in the “real” world. Expendable. Useless. Unprofitable. No, in this romantic Tuscan paradise, it is better to serve the interests of a declining beast. A beast bent on the destruction of anything that lives in a world of peace.

We appeal to the European authorities in the hope that they realize that in a civilized nation, practices of this kind cannot be tolerated. The proper authorities must intervene immediately. As a human being, with even the most basic human conscience, it is utterly unacceptable to live in this so-called “modern” Europe that allows these barbaric Nazi acts to continue towards animals.

I thank you for your kind attention and response. 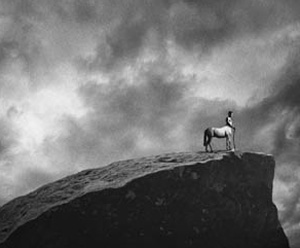